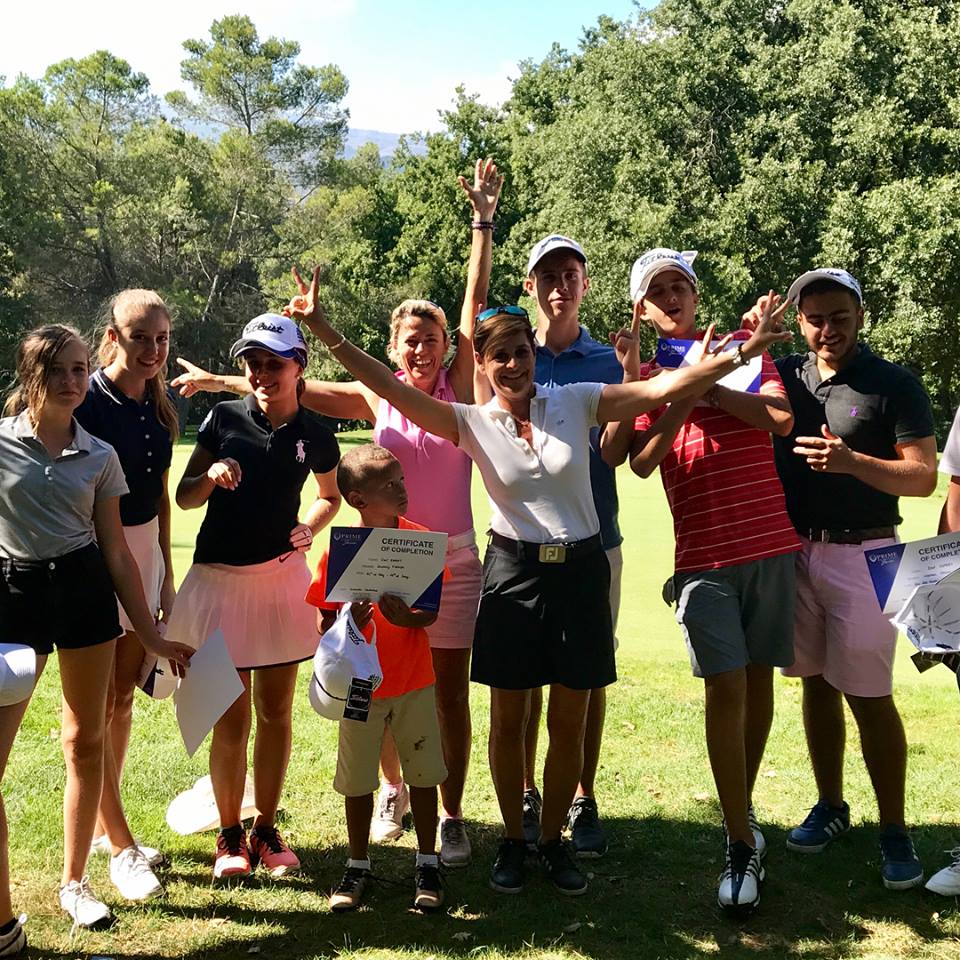 Published at 15 August 2017
Kids and juniors are really enjoying our summer golf camps with our certified coaches. You can see more pictures on our Instagram & Facebook accounts. Next week will be the last golf camp from Monday 21st to Friday 25th of August ! Golf expert camp and semi-intensive camp are still available. For more information please contact us.

2d Place at the French Championship under 16

Published at 22 July 2017
Proud of our junior golf team for qualifying 2nd in the French Golf Championship under 16. Our juniors showed a real team spirit and trained hard to get this results. Proud of you Armand Papaziani, Valentin Chifflot, Elliott Simonsen, Thibault Cayzac, Oscar Simonsen, Maxime Midorge, Paul Reymond et James Addison. Thank you to our great coach Isabelle Lambolez. 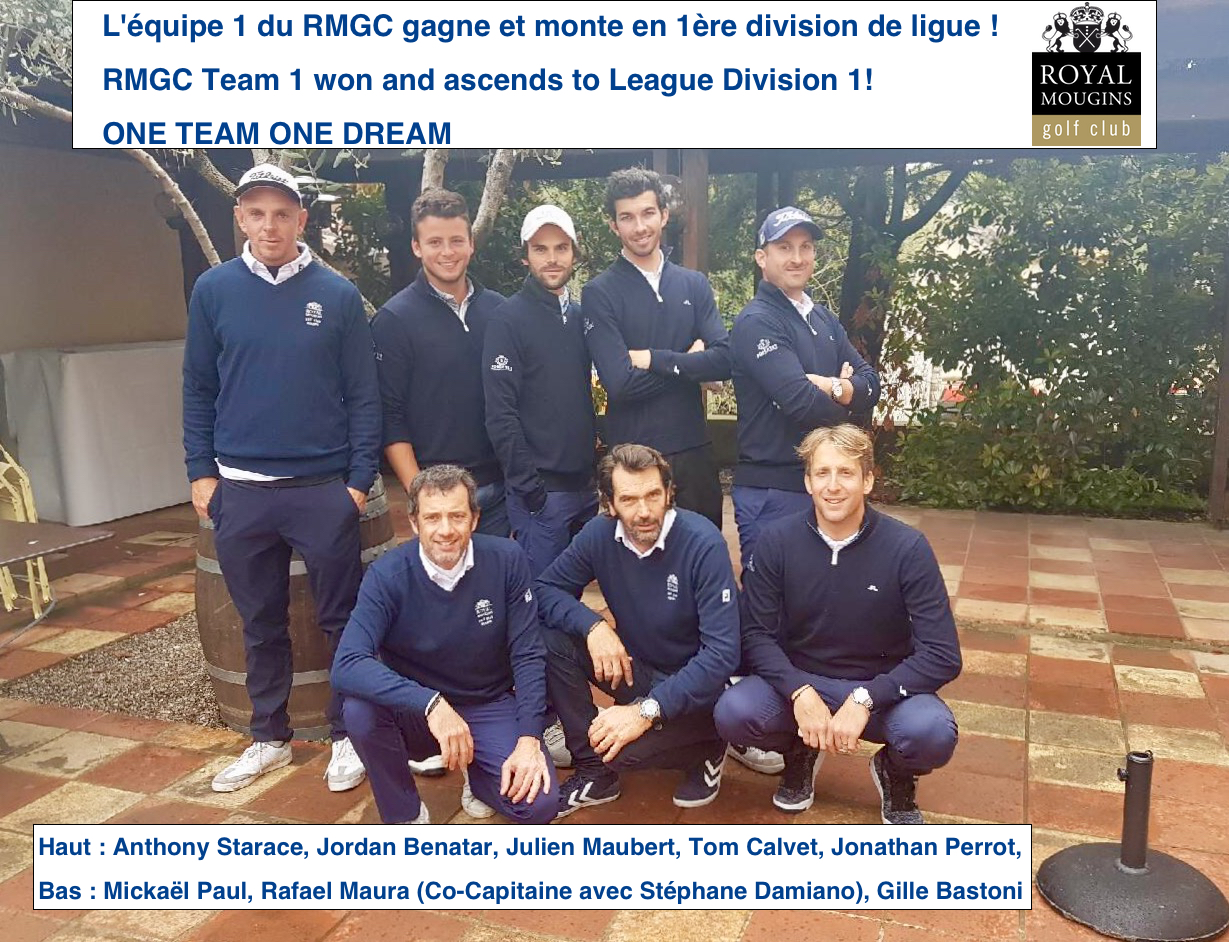 Published at 03 April 2017
We are very proud and so happy to inform you that team 1 leaded by Rafael Maura go up to League Championships division 1. The team won qualifications with 7 shots in advance and beat in match play Cannes Mandelieu 3,5/1,5. The sport policy requested by M. Rattan Chadha and as developed by Jurgen Wondergem, Andrew Pearce then Hans-Peter Franklin and Stéphane Damiano is providing it’s fruits and successes. So far every single year the teams win and ascend within superior divisions. Many thanks to the excelling co-captain Rafael Maura who managed and coached with great passion the first Team composed of Julien Maubert, Mickael Paul, Jordan Benatar, Jonathan Perrot, Tom Calvet, Anthony Starace and Gilles Bastoni to their recent victory ! The success weighs heavy as the next year’s goal will be to beat all other teams in the First Division. We are all behind them. One TEAM one DREAM !

Published at 27 January 2017
In the remarkable Royal Mougins Golf Club, offeryour beloved an amazing golf experience in selecting between Golf lessons individual or for two, golf clinics, advanced swing analysis with trackman, relaxing moment in the SPA with our exclusive Sodashi treatments or a stay in Royal Mougins Golf Resort****. Prime Golf Academy guarantee an unforgettable experience ! For any further information please contact us at info@primegolf.academy or + 33 (0)6 35 77 74 89

Published at 10 January 2017
We were very happy to welcome Thibault Santigny, ex student of Full time program Golf & School, who took advantage of his winter break to spend an intensive training week at Prime Golf Academy in Royal Mougins Golf Hotel. Our Golf & School students exchanged about his incredible experience in the University of Louisiana at Monroe. University that he has integrated in last August 2016 with a Scholarship of 80% through to our partner Mouratoglou Tennis Academy.

Published at 03 January 2017
Our golf students go back to School and on golf courses with a sunny day on this Tuesday 3rd of January 2017. Tournaments begin from Friday 13th of January in Royal Mougins Golf Club. Students train their self physically and mentally with our certified coachs to achieve their goals and realize their dreams. Some of them will keep studying in United-States with a Scholarship. If you want to join our Academy, one of the leading Golf Academies in Europe, contact us at info@juniorprimegolf.academy